How much does it cost to make an app in Ireland?

When the iPhone launched in 2007, it not only changed the smartphone industry, but also the software industry. Overnight, apps became a sensation. Today on average, people download 8-10 mobile apps and look at their phones at least 45 times a day.

Hence it is no wonder, that in the past few years, Apple has paid $70 billion to developers. That’s right, 70 BILLION dollars. The story isn’t different with Google’s Android Platform. By 2016, Android had paid close to $20 billion to developers. It’s clear that the app store is a booming market, and this is only going to continue.

Companies and startups are building apps that have become useful as marketing and traffic tools. But when it comes to building a business out of apps, our clients always assumed building apps was super expensive. Many even shied away from building an app, as they didn’t understand the terminology that goes into building an app. Building a website was easy, you just dragged and dropped using some free tools, but how exactly does one go about building an app? How do you market it? Do you start earning money as soon as it’s launched?

At TADCO, we understand it can be be a bit confusing, so we wrote this guide to demystify building apps.

The different types of apps

Apps can be broadly classified into 3 parts:

How much to develop an app?

How we estimate cost

Keeping this in mind, here’s how much it would cost to develop an app in Ireland:

Devices: If you have used an app on both a phone and a tablet, chances are you’ll notice a lot of differences. That’s because apps have to be designed according to the screen size. So supporting tablets is usually more work. It costs anywhere from €1,000-€3,000 to support extra devices like the iPad or Samsung Tablets.

Payment Modules: It’s important for you to earn money from your app, but how do you do it? Let’s see some of the ways to start making money from an app:

Now that you have a fair idea of the app development terminologies, you might be wondering, how exactly you go about building an app? What are the next steps to take?

Building an App – The Process

Congratulations! you have launched your app onto the marketplace and your users can now install and start using your app.

Once your app has been built and launched on the app store, it is not the end of the road. You will quickly start getting users and you have to adapt to different trends and situations. Did you know there are 1000+ apps updated daily and new apps being added to the app store on a daily basis? As such, you have to be on top of your game and ensure that people keep coming back using your app.

Marketing and Promotion – €1,000 – €3,000: Once your app has been launched you would want people to find you not only on the app store but also on the web. We always recommend a single page landing site which highlights the features of your app and redirects your users to their respective app stores. Apart from these, you may also want to do SEO, marketing lists collection and reaching out to bloggers with promotion codes to promote your app.

Scaling your servers – Depends on volume: If your app has an API backend you may have launched with a server enough to handle 10,000 users. But now users are flooding in and you don’t want to give them a bad experience. At times like these, our cloud experts walk you through a reliable scaling process, that ensures your users use your app smoothly and you don’t pay a bombshell amount to handle all the load.

Bug Fixes and Ongoing Maintenance – €1,000 – €2,500 – Depending on work: Just like humans, no Software is perfect. Somehow bugs always creep in. It’s always best to have a team that developed the app help you support the app as well. As a team, they can identify issues soon and get back to you with patches, which you can then release to the users. Not only this, software needs maintenance, like backups, downtimes and so on. Having a team assist you with maintenance really helps users feel that the app is active and gets you good feedback.

Feature based Updates – €1,000 – €3,000 – Depending on work: From time to time, Apple and Android release new features and highlight apps that make best use of these features. For example, when Apple released Fingerprint protection, apps that used fingerprint protection in their apps were highlighted by Apple on the app store, which led to huge downloads for these apps. It’s important to always look for new features from the platform, be responsive and integrate these changes and delight your users. At TADCO we always keep a look out for feature changes and alert our clients whenever there is an opportunity.

Liked the guide? Do you have a killer app idea that you want to launch? At TADCO our developers have worked closely with startups and Fortune500 companies, helping them realise their app development strategies. We are a team of mobile experts who have a combined 30+ years of experience in building mobile apps. Contact us today for a free consultation. 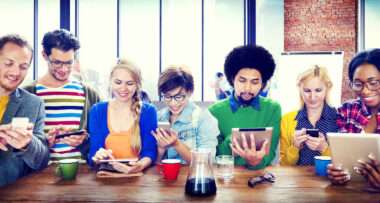 Building a community for your app 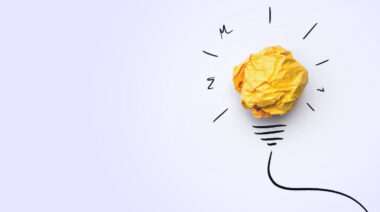 Mobile app ideas for your business

Which Style Should You Use to Develop Your API?

Stay in the know